Syfy released the first trailer for the next season of Van Helsing. It will premiere on April 16th! Tricia also posted a poster for the season.

Tricia Joins ‘Step Up’ TV Series Ahead Move to Starz

Step Up has found a new home.

On Thursday, it was announced that the dance series based on the Step Up films is moving to Starz for season 3 after YouTube canceled it back in August 2019. The 10-episode new season will feature returning stars Ne-Yo, Naya Rivera, Petrice Jones, Faizon Love, Marcus Mitchell, Jade Chynoweth, Carlito Olivero, Terrence Green, Eric Graise, and Kendra Oyesanya. Plus, Tricia Helfer (Battlestar Galactica, Lucifer) is joining the cast as new character Erin for season 3.

Ahead of the season 3 debut on Starz, the previous two seasons, which first aired on YouTube under the title Step Up: High Water, will be available to stream on the Starz app and on demand for anyone who wants to catch up on the dancing and drama. 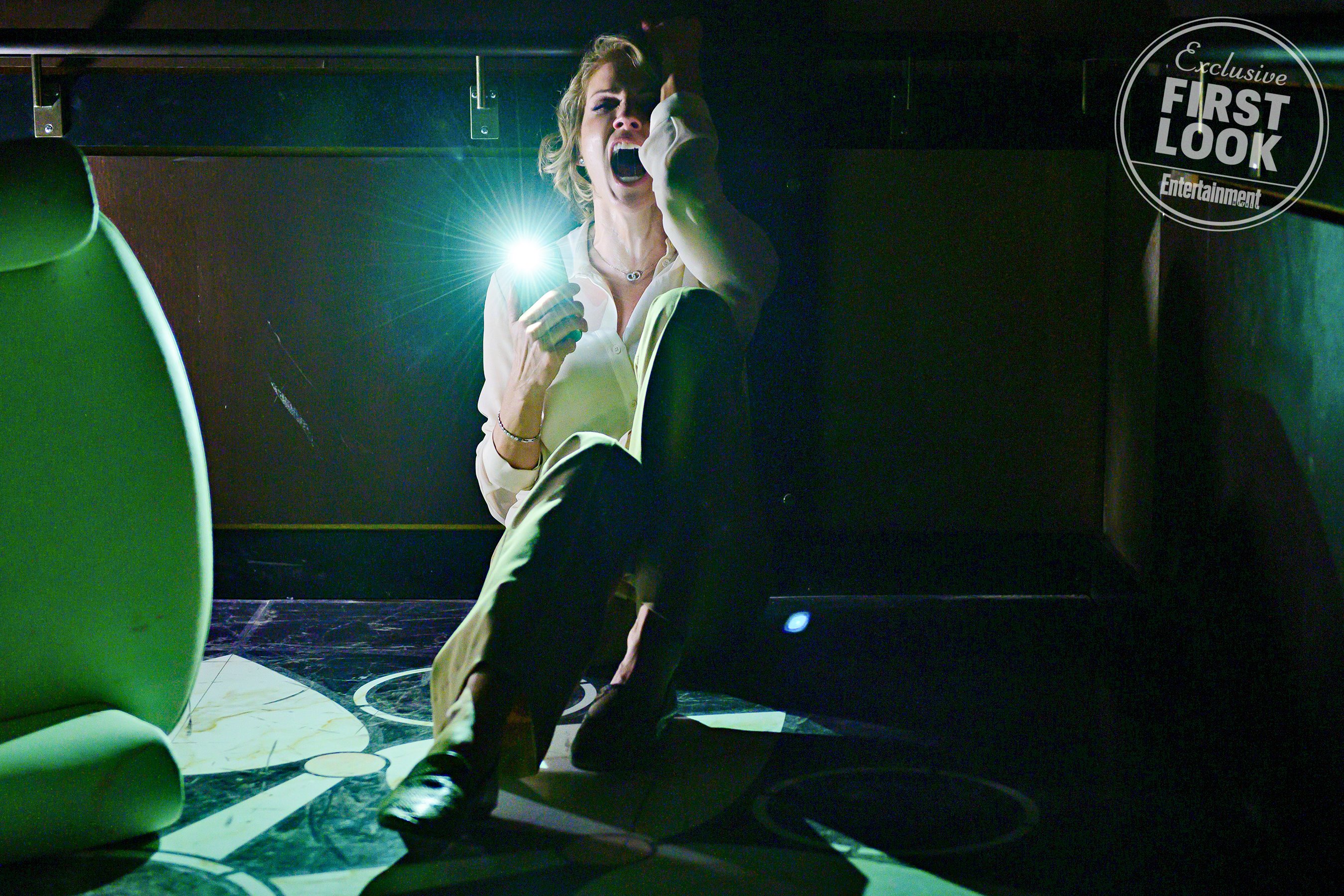 See the First Trailer for Season 4 of Van Helsing

Tricia appears about 2 minutes in.

Joining the cast are actors David Arquette (Scream franchise), Tricia Helfer (Battlestar Galactica, Lucifer) and Dana Gould (The Simpsons, Stan Against Evil). Shudder also revealed the three new Creepshow stories in which they will appear, and announced Tom Savini (Dawn of the Dead, 1990’s Night of the Living Dead) as the director of Joe Hill’s “By the Silver Water of Lake Champlain” (adapted by Jason Ciaramella), marking Savini’s return to the franchise.

Helfer will star in “Lydia Layne’s Better Half,” written by John Harrison (based on a story by Harrison and Greg Nicotero) and directed by Roxanne Benjamin (Body at Brighton Rock). It centers on a powerful woman denies a promotion to her protégée and lover but fails to anticipate the fallout.

Creepshow is based on the 1982 film written by Stephen King and directed by George A. Romero. The DNA of the original movie is firmly embedded in the new series: in addition to Savini’s and Barbeau’s return to the franchise, Joe Hill played comic-book-loving “Billy” in the original film’s wrap-around segments; John Harrison, who was 1st Assistant Director on 1982’s Creepshow and composed its theme, is back to direct segments of the series; and executive producer and director Greg Nicotero visited the first film’s set as a teenager, and contributed make-up effects to its 1987 follow-up, Creepshow 2.

One of the stars of Battlestar Galactica is returning to Syfy.

Tricia Helfer has signed on to the cable network’s Van Helsing, playing the most iconic vampire of them all: Dracula. She’ll appear in the show’s fourth season, which is in production and set for a fall premiere.

Season four will also feature Richard Harmon (The 100), Nicole Munoz (Defiance), Keeya King (Jigsaw) and WWE star Big Show, aka Paul Wight. Details of their roles are being kept under wraps for now.

“We are thrilled to welcome the talented Tricia Helfer to our Van Helsing family,” said Chad Oakes, executive producer and co-chairman of Nomadic Pictures, which produces the series. “She will be a fierce and unstoppable Dark One as the battle between good and evil reaches new heights.”

And a bit of news as well! We know from earlier news that Lucifer was getting a third season, though we were unsure whether or not Tricia was going to remain as a part of the cast. Thanks to this tweet, we have confirmation that Tricia will be in Season 3!

Nope, I'll be there for season three. Mum may be gone but Charlotte Richards is breathing again : ) https://t.co/M1WldebiCp

‘Lucifer’ Renewed for a 3rd Season

It is the second Fox drama series picked up for next season, joining flagship drama Empire. Lucifer is getting a renewal ahead of the other two WBTV dramas in contention, its Monday companion Gotham and promising freshman Lethal Weapon.

A low-key midseason entry last season, Lucifer exceeded expectations, earning a second-season renewal in May and then a Season 2 back order in October. It is running head-to-head in the ratings with the higher-profile, bigger-budget lead-in Gotham, both averaging a 1.1 adults 18-49 rating in Live+Same Day and and 1.9 in L+7.

Lucifer’s second season returns from hiatus on May 1. Lucifer (Ellis) has gone off the grid and cut off all contact from his family and the police department following Chloe’s (German) near-death. But the murder of an up-and-coming guitarist causes him to resurface – with a new mystery woman. Meanwhile, Lucifer’s mom (Helfer) realizes she might have found a way to finally get them back to heaven.

No word yet on Tricia’s involvement in Season 3, but we’re very hopeful!

Premieres: Nov. 20
Starring: Tricia Helfer (Battlestar Galactica), Marc Blucas (Buffy the Vampire Slayer). Lisa Durupt (Murder She Baked)
Official logline: “As her new romance blossoms, a single mother is dismayed when her boyfriend, a military sergeant, is deployed right before Christmas. Determined to not let it ruin the holidays for her and her children they decide to give back to the struggling military families on his base and, as their efforts go viral, they are rewarded in ways they never imagined.”

As her new romance blossoms, a single mother is dismayed when her boyfriend, a military sergeant, is deployed right before Christmas. Determined to not let it ruin the holidays for her and her children they decide to give back to the struggling military families on his base and, as their efforts go viral, they are rewarded in ways they never imagined.